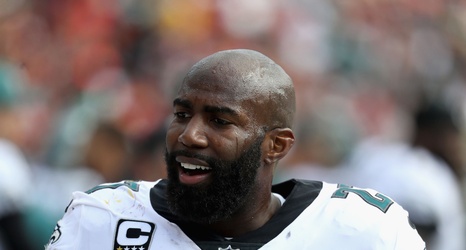 While many football fans were enjoying a little college football, the Philadelphia Eagles were working. That shouldn’t be a surprise though. The team’s vice president and general manager Howie Roseman is always working. With less than 24 hours to go before Philly’s Week 1 opener, we learned via an Ian Rapoport that the Eagles had restructured the deal of one Alshon Jeffery. Does that mean they’re freeing up cap space to extend Malcolm Jenkins?

If it doesn’t, then, maybe someone ought to recommend that it would be a good idea.