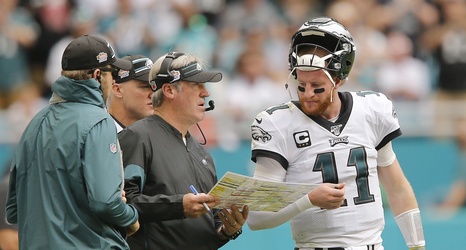 Sometimes, things just don’t last long enough. Such is the case for Philadelphia Eagles legend and former running back Brian Westbrook. During his eight-year run in Philly, ’36’ racked up 5,995 rushing yards, 3,790 receiving yards, 985 return yards on 62 total returns, and 68 total touchdowns, and that was just in the regular season. In the playoffs, he added another 591 rushing yards and 334 receiving yards on 162 total touches. If ’36’ talks, fans will listen, especially on hot topics like Doug Pederson‘s performance.

Recently, on an episode of Bleacher Report’s The Lefkoe Show, Westbrook offered his opinion on the progress Philly’s head coach is making.