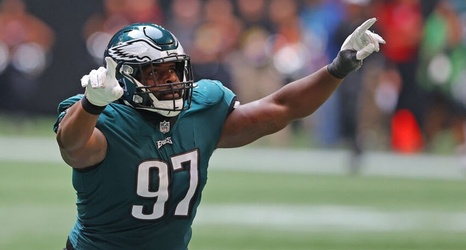 The Philadelphia Eagles delivered an exciting 2021 debut with their crushing victory over the Atlanta Falcons. 32 points were the result of an A-1 effort, and their defense held Atlanta’s offense to only two field goals. After that type of performance, there’s bound to be some individual recognition right?

According to Pro Football Focus, the Birds had four players graded in the top 10 of four categories following their Week 1 performance. Now, most know that PFF isn’t always the end-all and be-all, but most of the time, their grades are hard to argue with.