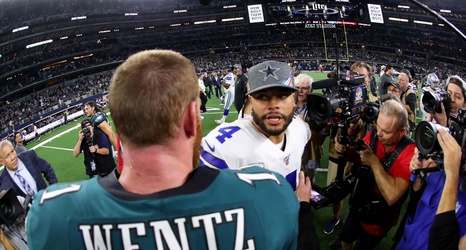 The Philadelphia Eagles‘ secondary can’t cover. The receivers can’t catch. Zach Ertz has been neutralized thanks to double teams. The running game lacks consistency, and there’s no real pass rush to speak of. Other than that, everything seems to be fine with this Eagles team.

There’s no nice way to say it. ‘The Birds’ were taken apart by a Dallas Cowboys that after four-straight wins (three that Philly tried to win), seems to have the Eagles number. They’ve taken the top spot in the NFC East now with nine games remaining.

Now, are the Cowboys good or are they just beating bad teams, Philly included?