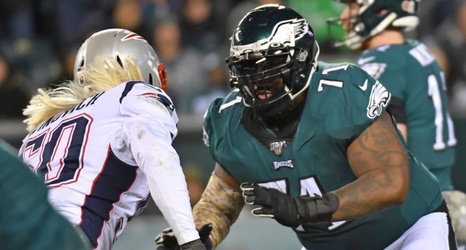 The Philadelphia Eagles need to move on from Jason Peters, period.

Sometimes, you find wisdom in strange or unexpected places. Following the Philadelphia Eagles‘ first Super Bowl win in franchise history was the most famous speech in the history of victory parades. ‘Birds’ legend Jason Kelce stepped to the microphone and verbally assaulted anyone who doubted his teammates, his coach, his general manager, or the city he plays in. Mike Lombardi’s hot takes haven’t been the same since.

There he was, dressed like a mummer, and after about six minutes, we were left with a ton of memories that we’d live with forever.