Philadelphia Eagles: 3 Things we learned from Amazon’s All or Nothing 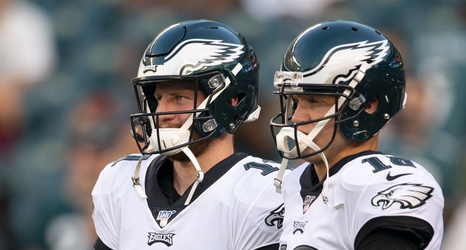 As NFL fans, we’ve long known something about pro football teams. There’s an air of mystery about their individual locker rooms. It’s somewhere that most of us would like to hang out, but few people have access to enter. Seriously, who wouldn’t want to hear Doug Pederson‘s pregame or halftime speech or celebrate with the Philadelphia Eagles after a huge win?

That isn’t how it works though. Though the media is allowed some access, each pro football team’s locker room is their lair. Everything isn’t meant for public consumption, nor should it be.