Philadelphia Eagles: 3 reasons to be on upset alert Week 14 against Giants 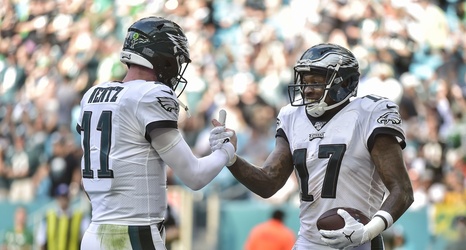 On Monday, the Philadelphia Eagles hope to bounce back after a disastrous outing against the Miami Dolphins by hosting the New York Giants in Week 14, which seems like a gift when seeing how these two teams compare on paper in 2019.

From a realistic perspective, there’s every reason to believe the Eagles will have little trouble getting by their NFC East rivals since the Giants haven’t recorded a win since the end of September when Daniel Jones won his second game as a starter.

While there have been numerous opportunities for the Giants to win over the last two months or so, the fact that New York has lost eight games in a row should give the Eagles plenty of reasons to feel confident about Monday’s game.