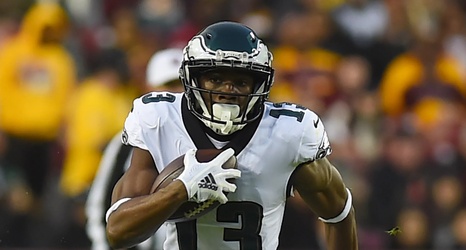 The Philadelphia Eagles are “open to moving Nelson Agholor” in a trade, according to NFL insider Jason La Canfora.

The phrasing here is key. La Canfora is not saying the Eagles are actively shopping Agholor; he’s just saying they’re willing to hear offers for him.

This rumor passes the sniff test. Agholor’s projected $9.4 million cap hit for the 2019 season isn’t a convenient number for the Eagles. It’s hard to imagine he’s back at that rate.

Philadelphia can always try to lower Agholor’s cap hit by signing him to a contract extension.