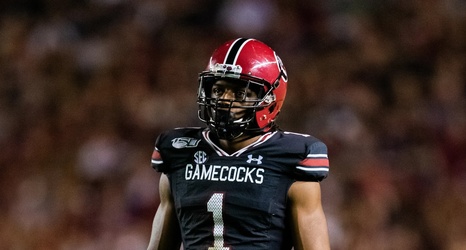 The 2021 NFL Draft is only 18 days away! Let’s pass the time together until then by looking at who mock drafts have the Philadelphia Eagles taking with the No. 12 overall pick.

A player Eagles fans would’ve been overjoyed to get with the sixth pick falls here to 12. It’s pretty simple: the team hasn’t had an electric player with major juice vibes at wideout since early-career DeSean Jackson. Put aside the weight concerns and just watch how the guy dominated the SEC.

Last season, the Philadelphia Eagles made an epic blunder in the first round by drafting Jalen Reagor over Justin Jefferson.