Mike Wallace Injury: Eagles wide receiver expected to be out for a while 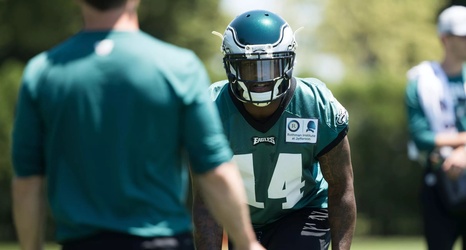 NFL Network is reporting that the Eagles are preparing to be without veteran wide receiver Mike Wallace for “a while” as he recovers from the ankle injury he suffered on Sunday. “Evaluations ongoing but it’s clearly going to be an extended absence for Wallace,” said NFL insider Mike Garafolo. “Another tough blow at for Philly.”

This news isn’t unexpected considering the signs didn’t look good for Wallace. The 32-year-old had to be carted off the field on Sunday after he got tackled on a screen reception (which was ultimately called back).