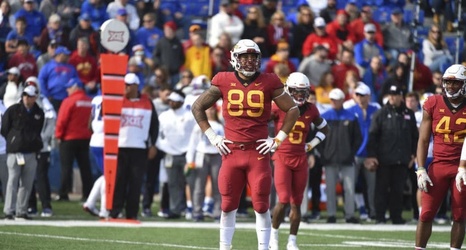 Australian Matt Leo will be joining the Philadelphia Eagles by way of the NFL International Player Pathway Program.

Australian born Matt Leo, a 28-year-old rookie defensive end from Iowa State will be joining the Philadelphia Eagles from the NFL International Player Pathway program, which provides foreign-born prospects a chance to live a dream of playing in the NFL.

Due to the fact that Leo wasn’t drafted, he will be a member of the Eagles practice squad for his first season.

At 6 feet 7 inches and 275 pounds, this former plumber is an enticing prospect to keep around with his size and athleticism, despite his rawness and age.