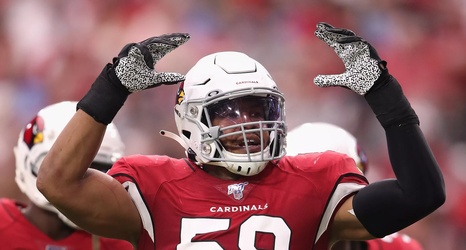 With all the injuries the Eagles suffered during Sunday Night Football against Atlanta, it’d be nice to have some added depth throughout the offense. But, looking around the league, there aren’t many former players who really stood out this week — particularly on offense.

Former Philly running back Kenjon Barner has found work for the Falcons on special teams, and had 3 punt returns for 12 yards on Sunday against his former squad.

Let’s see how other former Eagles performed in Week 2:

Hicks was one of those players early in the offseason that was tough to let go of, but he seems to be thriving with his new defense.