Joe Flacco talks his role on the Eagles and coming home 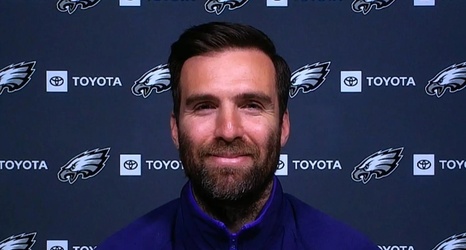 The Eagles signed Joe Flacco earlier in the week, doubling the number of QBs on the roster, and the veteran spoke with reporters on Thursday about his role with the team and what it’s like to come back home. He talked about being excited about the young coaching staff, and how their energy drew him to sign with Philly.

Flacco also noted that he feels good and is healthy, and said he learned a lot last year — his first season in a backup role — primarily that he loves the game of football, in whatever capacity that he’s doing it.