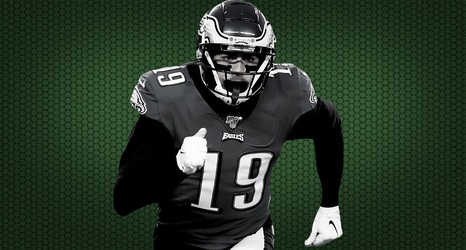 Rookie seasons can often go one of two ways – overwhelmingly successful, or worryingly bad. Eagles wideout JJ Arcega-Whiteside had a rough go of it. The Birds craved wide receiver help all year long and the second-round pick could only muster 169 yards and 1 touchdown. But in year two, he’s looking to right that wrong.

The lie of the land

JJAW was brought in to be Alshon Jeffery 2.0 but instead, he was cross-trained and possibly overburdened by the requests of his previous offensive coaches. So where does the sophomore receiver stand now?

The Eagles focused on improving their WR groups this offseason as they traded for Marquise Goodwin, who has opted out of this season, while also drafting Jalen Reagor, John Hightower, and Quez Watkins.