Jalen Hurts struggles in Eagles’ ugly loss to Giants, 10 to 7 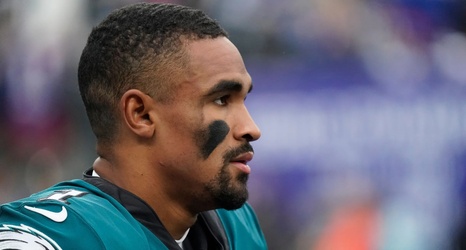 The Philadelphia Eagles are 5-7 after losing to the New York Giants on Sunday. The friggin’ New York Football Giants. Final score: 10 to 7.

There’s no sugarcoating this one: this was a terrible loss. There was really no good reason for the Birds to blow this game.

The Eagles entered this game rolling, winning three of their last four. They were facing an under-manned Giants team playing on short rest. They had an opportunity to make their push for the NFC East lead with the Dallas Cowboys losing on Thanksgiving.