Instant analysis: Eagles sign a DT to the practice squad 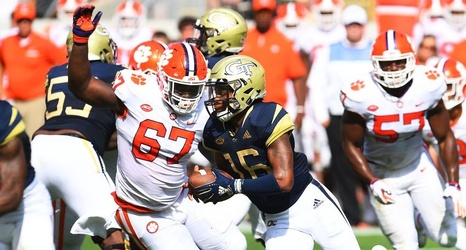 After swapping out Akeen Spence for UDFA Anthony Rush, the Eagles signed DT Albert Huggins from the Texans practice squad.

We all know why the move really happened…

On a serious note, the Eagles couldn’t be lighter at DT if they tried. Timmy Jernigan should be back soon, but Malik Jackson is out for the year, Akeem Spence has been cut, and Hassan Ridgeway exited the game on Sunday with an injury that could mean he misses some time.

Huggins was a top-20 DT prospect coming out of Clemson but went undrafted. As part of a rotation that featured Christian Wilkins, Dexter Larence, Clelin Ferrell, and Austin Bryant, he was always going to be the odd man out.