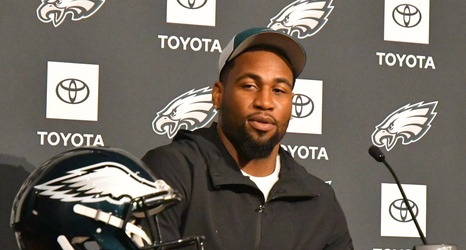 The moment we’ve all been waiting for since Haason Reddick signed with the Eagles has finally arrived. Philadelphia’s newest pass rusher revealed his new jersey number on Thursday afternoon.

Reddick was originally asked about his preference in his introductory press conference but didn’t have a pick at the time. He then solicited opinions on Twitter earlier this week.

Reddick ended up going with the number that many responded with in the comments.

No. 7 is the jersey number Reddick wore in his senior season at Temple. It makes sense that he’d go back to that in his homecoming.