Five things we learned about the Eagles defense in week one 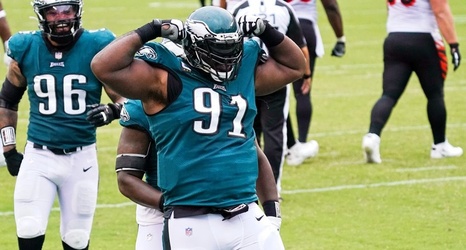 The Eagles dominated the Falcons in every phase last Sunday, but I wanted to take a deeper look into Jonathan Gannon’s first game as a defensive coordinator. Here are my thoughts on the new Eagles defensive scheme.

Gannon has been clear that the Eagles will show offenses a lot of different looks and lineup in different base sets and he was true to his word on Sunday. The Eagles threw a variety of combinations at an inexperienced Falcons offensive line. While the Eagles mainly rushed with four defensive linemen throughout the game, there were a handful of plays where the eagles played with 5 across the line of scrimmage.