Five things to watch in Eagles’ preseason clash with Ravens 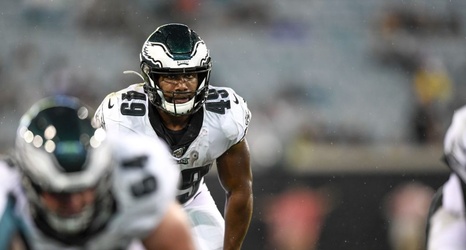 The Eagles will play host to Baltimore later tonight in their third preseason contest. This is often the game that decides many of the major roster battles and as a result, there will be plenty to pay attention to.

It’s unlikely we see a lot from Josh McCown tonight and it’s not yet known how much Kessler will play, although the previously concussed QB has returned to practice. Regardless of that, the pressure on Thorson has mounted significantly since the signing of a fourth quarterback.

If Thorson has any chance of convincing the Eagles that he’s too valuable to be exposed to the waiver wire, he has to build on his 16/26, 175-yard outing last week.