Five Eagles to watch in week TNF showdown with the Giants 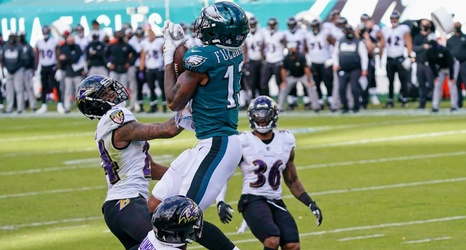 I never thought I would have to say this but given the current situation of the Eagles, they’re heading into a pivotal week 7 matchup with the New York Giants. A matchup that could define the rest of the season for the Eagles. If the Eagles lose then they have to think heavily about being sellers at the deadline and getting ahead of their future cap situation. If they win though, they’ll be taking a big step in the right direction.

Here are five players to watch for against the Giants:

You’re going to want to keep your eyes on Fulgham for many reasons.