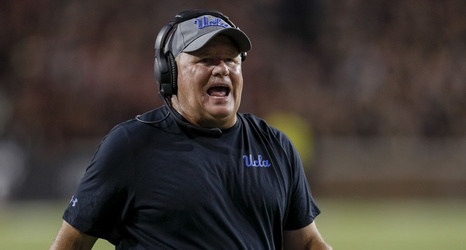 Sometimes, as a Philadelphia Eagles fan, you think about what could have been. At others, you think about things and you’re thankful that things happened. Once upon a time, after the firing of Andy Reid, Jeffrey Lurie had an idea. He’d hire what was believed to be the most innovative coach in college football, Chip Kelly.

We won’t give you a recap of how that turned out. Most of you know anyway, and doing so would probably bring up some bad memories.

Just to be fair it was Kelly that drafted Lane Johnson, Zach Ertz, and Nelson Agholor.