Eagles vs. Chiefs inactives: Lane Johnson is surprisingly OUT 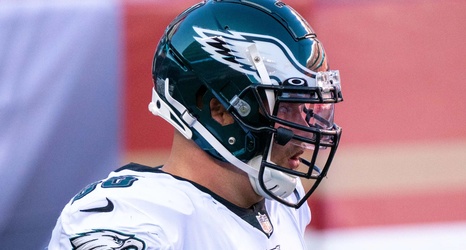 The Philadelphia Eagles officially announced the inactives list for their 2021 NFL Week 4 game against the Kansas City Chiefs.

Johnson being out is a shocker. He wasn’t listed with a game status on the final injury report. The Eagles are saying that Johnson is out due to a “personal matter.”

Mailata was ruled out on the final injury report. The Eagles will start Andre Dillard at left tackle. With Frank Clark out, Dillard is catching a break for the second week in a row.