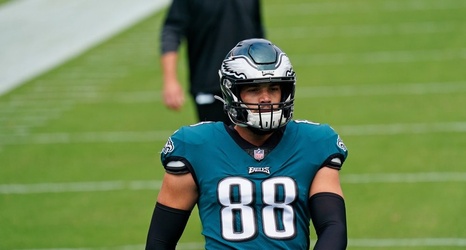 Through the opening two weeks of the season, the Eagles offense has already seen plenty of compliments and criticisms. After a tough loss against the Niners, a magnifying glass has been placed over the box scores, only to find that both Zach Ertz and Dallas Goedert have had a pretty minimal impact so far.

We’re so used to seeing the two tight ends at the top of the pecking order when it comes to both targets and receptions that seeing anything different seems alien. Under both Doug Pederson and Andy Reid, there was a conceited effort to get players such as Zach Ertz and Brent Celek the ball regularly.