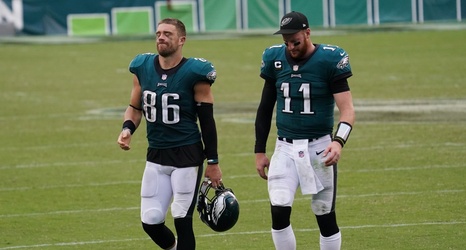 The Eagles fought a tough uphill battle against their cross-state neighbors, the Pittsburgh Steelers last Sunday but it wasn’t without flare. While the defense completely kept the offense out of the game, there is still some good to take away from that matchup. Which Eagles are trending up and which have more to do going into a tricky week 6 showdown with Baltimore?

From being one of the most dominating receivers in the country during his senior year at Old Dominion, to being cut a year after his rookie season by the Detroit Lions and later the Green Bay Packers, it seems as if Travis Fulgham may have found his home.