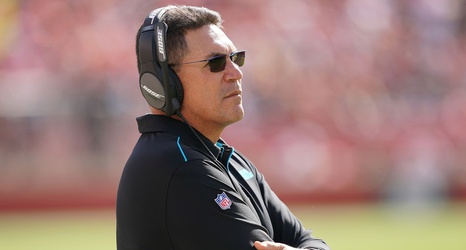 Even though the Philadelphia Eagles didn’t make any coaching changes after their devastating Week 14 loss to the Miami Dolphins, Ron Rivera becoming available has brought up an interesting topic of discussion.

On Tuesday, the Carolina Panthers pulled off the surprise move by firing Rivera in the middle of his ninth season with the team that consisted of four playoff appearances, three NFC South titles, and one trip to the Super Bowl.

Dating back to last season, Rivera has found his name on the hot seat numerous times, and there were certainly plenty of surprised football fans see Carolina give the former head coach another chance after missing out on the playoffs in 2018, despite a 6-2 start.