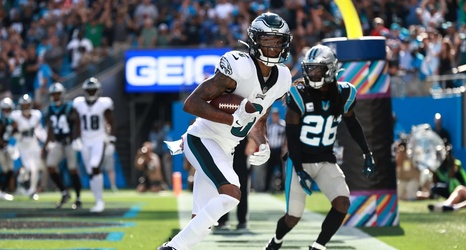 The Eagles are coming off a close, tough win against Carolina where rookies were once again heavily relied on to deliver a good game for the Eagles. On a short week, the Eagles have to get ready for a rolling Tampa Bay Buccaneers team and the young guys will have immense pressure on them to help Philly get to 3-3 on the season.

Can DeVonta Smith keep being The Guy?

The secret is out. DeVonta Smith is the Eagles number one wide receiver. Smith has caught 14 passes for 189 yards in the last two weeks and had two touchdowns (stupidly) called off due to (stupid) penalties.