Eagles rookie report card from the loss to the Buccaneers 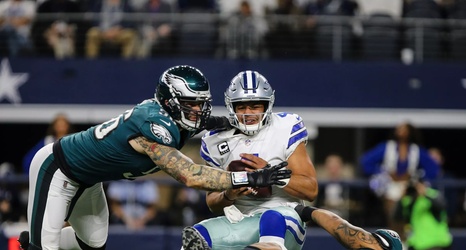 The Eagles dropped to 2-4 Thursday night with an uninspiring game against Tampa Bay. With rough showings across the lineups, Philadelphia’s rookies either showed up poorly or barely at all.

DeVonta Smith was a non-factor against Tampa Bay, but hardly by his own doing. After catch seven passes in each of the last two games, Smith was only targeted four times against the Buccaneers. Only two were caught. One catch was an impressive grab deep over the middle with defenders all around him, a flash of what Smith could mean to the Eagles offense.