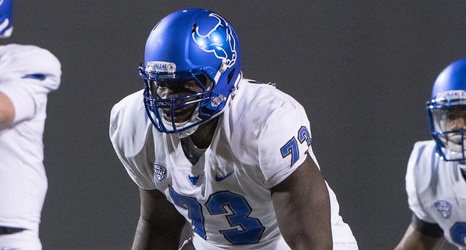 The Philadelphia Eagles signed undrafted rookie free agent offensive lineman Kayode Awosika following the 2021 NFL Draft. They also reportedly gave him the second-highest amount of guaranteed money from this year’s UDFA class. In order to learn more about this Buffalo blocker, I reached out to SB Nation’s MAC blog: Hustle Belt. Steve Helwick was kind enough to answer my questions.

1) Can you recap his college career?

At Buffalo, Kayode Awosika was the anchor of one of the most dominant offensive lines in college football.