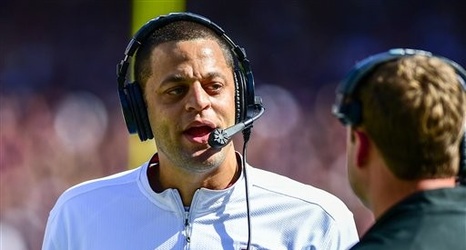 “We did not want to lose him.”

That’s what a source from the Vanderbilt football program said to me Monday night when asked about new Eagles wide receivers coach Aaron Moorehead.

After coach Derek Mason dismissed his offensive coordinator Gerry Gdowski, Moorehead’s position was one they did not want to replace:

“After two coordinator searches in two years [previous OC Andy Ludwig left after the 2018 season], Aaron was someone we wanted to keep around. But when he told us this is the opportunity of a lifetime, his ‘dream job’ as he told us, we knew we’d have to replace him too.