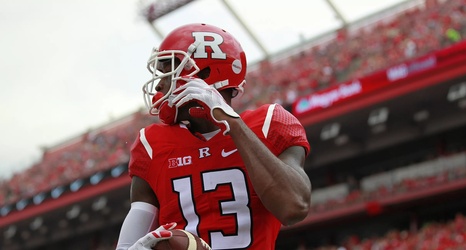 UPDATE: The Eagles officially confirmed the Alex Singleton signing, in addition to the Carlton Agudosi signing. Original story below.

The Philadelphia Eagles signed free agent wide receiver Carlton Agudosi to a reserve/future contract, according to an official announcement from the team.

To be clear, Agudosi has not been signed to the active 53-man roster. This signing is being made for the 90-man offseason roster.

The Eagles worked out Agudosi, along with several other players, back on Christmas Eve.