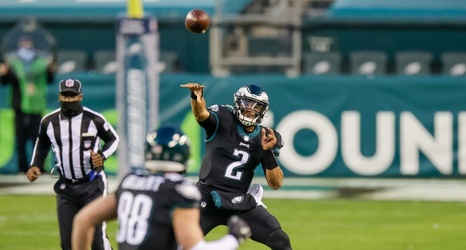 Slated to face a fierce, veteran Saints defense in his first NFL start, expectations were modest at best for rookie quarterback Jalen Hurts. Entering into Sunday’s contest against Philly, the Saints’ defense had been incredibly stingy in all facets. The impressive unit was surrendering the fifth-fewest passing yards per game and second-fewest rushing yards per game, respectively. The vaunted defense was also allowing a meager 20.1 PPG, which reflects just how few flaws they carried.

On the other hand, the Eagles had been a disaster offensively for what feels like all season. Stunted drives, lack of explosion and creativity, and costly turnovers have plagued an offense that no longer strikes fear into the hearts of their opponents.