Eagles News: Why Philadelphia might be waiting to move on from Zach Ertz 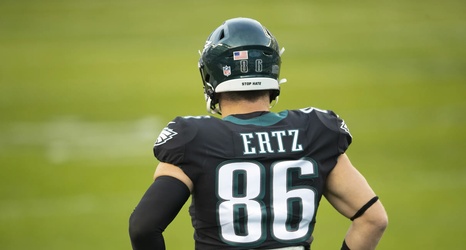 Mailbag: Could the Eagles trade up from Round 2 into Round 1? - PhillyVoice
Question from Deathorglory: What’s the deal with Zach Ertz? He’s not really going to be on the team, is he? ... My understanding for months now is that Ertz is as good as gone. I haven’t heard anything in regard to changes on that front, so my assumption is that he remains as good as gone. One possibility is that the Eagles could be waiting until June 1 to move on from Ertz. If they cut or traded him now, he would count for $7,769,500 in dead money against the cap, with $4,952,000 in savings.