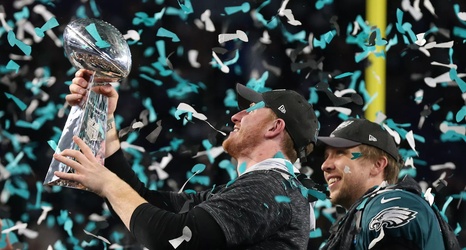 He ‘didn’t deserve to die this way,’ says family of the 22-year-old killed outside Pat’s Steaks - Inquirer
While initial reports indicated the argument that led to the shooting was over football and an Eagles-Giants rivalry, a spokesperson for the District Attorney’s Office said witnesses told investigators the fight was over a parking space. Tommy Francano, Pat’s general manager, said a squabble over parking was just as senseless. “There were a lot of rumors out there, everybody has a different story,” he said. “So it was over a parking spot. That’s crazy. It’s a horrible thing.”

Cre’Von LeBlanc won’t be back with the Eagles - BGN
It’s a shame to see Strap won’t be back from the perspective that he was a fun underdog to root for.