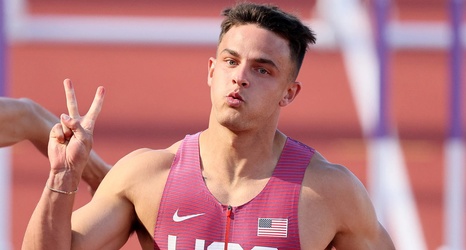 Devon Allen’s hurdles dream ends in nightmarish fashion - NBCSP
Eagles wide receiver Devon Allen’s homecoming trip to the World Championships in Eugene ended in heartbreak when he was called for a false-start in the 110-meter hurdles final Saturday night at Hayward Field and disqualified from the race. The World Athletics rule is that if a runner’s reaction time to the gun is faster than 1-1,000th of a second, he’s out of the race. Allen’s start was measured at 0.099, so he was DQ’d by the smallest possible imperceptible margin. Even though he did not move before the gun.