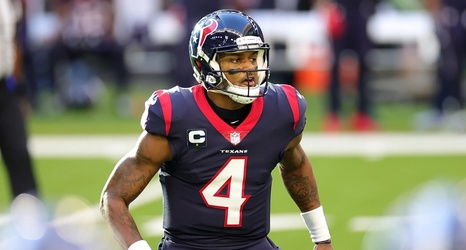 Finally, Football Is Back With Unprecedented Optimism In Buffalo, Cleveland; And All Eyes On Vaccines - FMIA
I don’t know what will happen with Deshaun Watson, but I am from the Schefter school on this: The Eagles are likely to be in play when Houston trades him, assuming Houston does sometime before draft day 2022. [...] Philadelphia’s the most logical target—and I’d argue that acquiring their next quarterback would be smarter next March than it is now. Maybe Jalen Hurts has a stunningly great year and the Eagles think they’ve got their quarterback of the future. Maybe the Eagles will be in position with three first-round picks to sit and take their next quarterback in the draft or trade up for him.