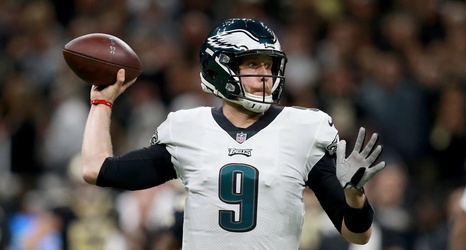 Nick Foles Refused Trade to Surprising NFC Team: Report - Heavy
Nick Foles had the chance to return to the team he won a Super Bowl with, and he apparently refused. According to NFL insider Tyler Dunne, the Chicago Bears were looking to move on from the veteran signal-caller after his none-too-impressive 2020 campaign — and the team had a particular trade partner in mind — but Foles didn’t want to return to the Philadelphia Eagles. “The Bears tried cleansing their hands of the Nick Foles mistake by trading Foles back to Philly.