Eagles News: Micah Parsons “would be great value at 12” 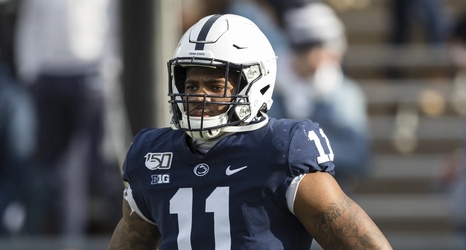 Could This Be The Year? - Iggles Blitz
Micah Parsons talked about making mistakes in his past, but says he hopes teams judge him on who he’s become. I hope he is changed. We’ve all done dumb things and you don’t want that to follow you forever. At the same time, I’ve also sat across from a draft prospect and had him sell me on how great a kid he is, only to find out later that he was full of shit. This is just like any job interview. People want to get hired. They will lie to you with a huge smile on their face, trying to convince you that you’re bringing in the next Saint Francis of Assisi.