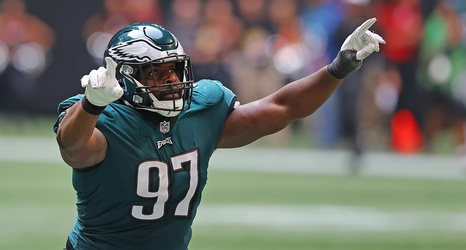 Eagles film: Javon Hargrave signing paying off in Year 2 - Inquirer
Hargrave’s hard work paid off with two late sacks. With the Falcons trailing in the fourth quarter, the Eagles were able to pin their ears back. On this fourth down, Hargrave dusted Mayfield with an inside swim move and hunted down Ryan. But it might have been his quick get-off — he was the first at the snap — that most impressed. “We knew they were going to have to drop back and pass,” Hargrave said. “We’re really confident with everybody in the room that they can get to the quarterback when it came to them [late-game] downs.