Eagles News: Chris Long is launching a new media company but “has not ruled out a comeback with the Eagles” 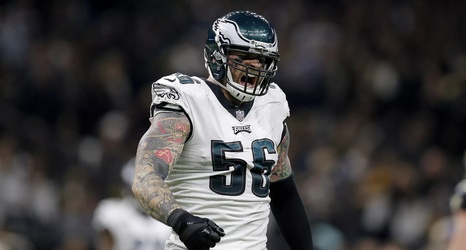 ‘Raw, funny, edgy, knowledgeable and authentic’: Chris Long is launching a digital media company - The Athletic
Long, who retired after winning two Super Bowl rings but has not ruled out a comeback with the Eagles, has spent in his own words seven figures to build Chalk into what is the latest iteration of an athlete-driven media company. It joins the likes of LeBron James’ Uninterrupted and Derek Jeter’s The Players’ Tribune as new media platforms designed by and for athletes. “You’re in the entertainment business now,” Teller tells Long in an episode to run later this year, a “Keep L.