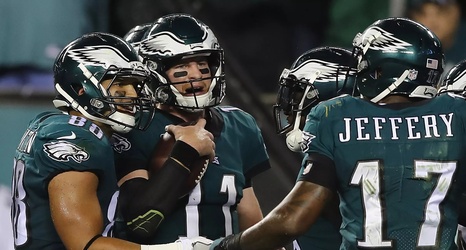 The Philadelphia Eagles suffered approximately 10 billion injuries during Sunday night’s loss to the Atlanta Falcons. Doug Pederson didn’t offer much in the terms of injury updates during his Monday presser but several media reports have since emerged regarding the status of various Eagles players. Let’s take a look at what’s being said.

Not the most encouraging update from Ian Rapoport:

#Eagles WR Alshon Jeffery is dealing with a calf strain, source said, following Sunday night football. It’s not major, but with two games in 10 days, the timing is bad.