Eagles continue to struggle in the first quarter, but what’s the solution? 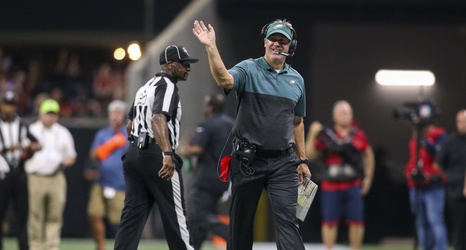 The Eagles suffered a grueling week 2 loss at the hands of the Falcons, but did the Falcons really defeat them? Or was it injuries that once again plagued this team? Maybe it was the fact that the team started slow for the second consecutive week. Why is that? Sure, the injuries could’ve played a huge factor in why the team started slow but it’s the National Football League not your high school varsity league. Adjustments are expected no matter what the situation is.

Last year, the Eagles scored an average of 3.2 points in the first quarter.