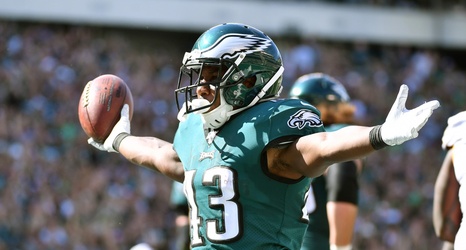 A total of 25 Eagles players suffered an injury of some kind last year, prompting the team to shuffle their medical staff. But the more things change, the more they stay the same.

It was announced today that veteran RB Darren Sproles will miss the remainder of the season with a quadricep injury and this will likely mean an unfortunate end to what has been a dazzling career.

This explains why former Eagles RB has been brought in for a workout, but it doesn’t make the saddening end to the career of a player who ranks fifth in the NFL’s all-time all-purpose yards ranking, any easier to stomach.