Dallas Goedert feels he improved every aspect of his game 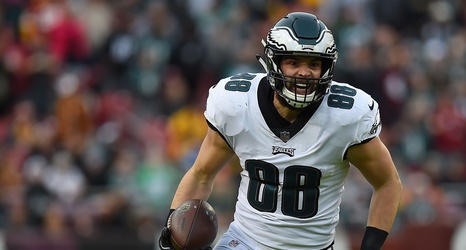 The Philadelphia Eagles didn’t exactly need to draft a tight end so high last year. Despite losing Trey Burton to the Free Agency market, and getting rid of Brent Celek’s contract, the Birds could’ve found some cheaper replacements to play behind Zach Ertz. The Eagles did end up finding an affordable alternative, but with the cost of an expensive asset, which valued as a second-round pick.

Nobody hated the selection of Dallas Goedert in 2018, but it was sort of a puzzling pick. However, nobody was about to doubt Howie Roseman and Joe Douglas.