Breaking down the Eagles’ Week 2 film 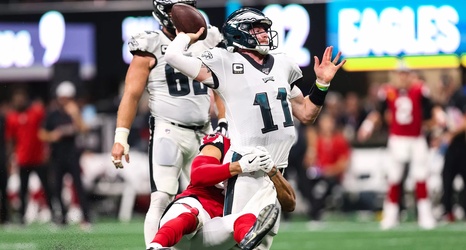 I often get asked questions about NFL Game Pass, the service most of us in the media use to watch coaches film of NFL games.

From a fan perspective, it’s great to get all the condensed games after the fact without any of the fluff. From a writers’ perspective, it’s pretty doggone awful. Mainly because - and not unlike a newborn Targaryen - every time a game is born the Football Gods flip a coin in the air the media world holds it’s breath to see how it will land.

This is a long way of saying that Game Pass’ coaches film quite often is a jumbled mess with a blank screen and we’re left to deal with it, because these things are time sensitive.