Boston Scott’s breakout may have saved the Eagles’ season 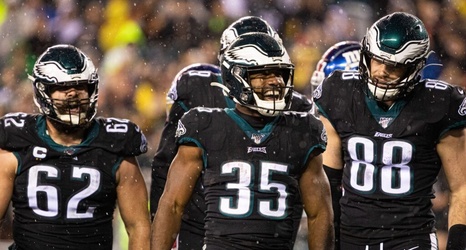 Boston Scott’s name is one that will make a lot of people smile today. The Louisiana Tech Product recorded 59 rushing yards, 69 receiving yards, and a touchdown in last night’s win over the New York Giants. An underdog running back who has been around the team since December last year, when he was poached from the Saints practice squad, Scott’s moment in the sun came after one very long night.

The offseason started strongly enough, with Scott quickly being praised as one of the Spring’s big standouts who saw plenty of time as a punt returner. The problem is, even Doug Pederson compared him to Darren Sproles.