All you need to know about new Eagles DE Cameron Malveaux 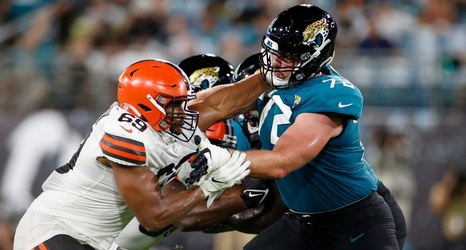 The Eagles made a sneaky signing to their practice squad on Wednesday, bringing on experienced defensive end Cameron Malveaux. While he may not be called up to the 53-man roster in a hurry, it’s worth getting to know him.

Cre’Von LeBlanc, Boston Scott, and Greg Ward Jr. Have all been key contributors to the team who have been placed on the 12-man unit at some point, and with Brandon Graham injured and Ryan Kerrigan not contributing as expected, the Eagles may be looking for a jolt.