Adam Schefter definitively says 4 quarterbacks will be drafted in the top 7 picks, and “maybe earlier” 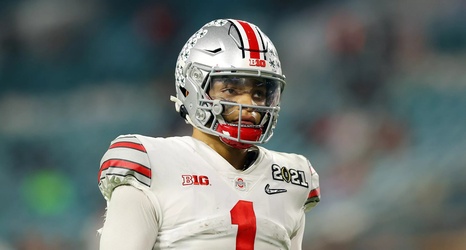 Speaking on ESPN’s NFL Live on Tuesday afternoon, NFL insider Adam Schefter definitively stated four quarterbacks will go off the board in the top seven picks in the 2021 NFL Draft.

This statement from Schefter came during an exchange with Dan Orlovsky, who speculated about the New England Patriots potentially drafting Trey Lance. Schefter said there was “no chance” Lance would make it to their pick at No. 15 before adding the following:

“There will be four quarterbacks gone in the first six or seven picks in this draft, maybe earlier.