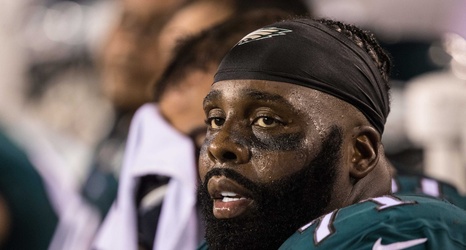 Last week, Eagles dropped a massive bomb of a move by splashing away the cash to sign a big exciting piece – Just like Brian Baldinger promised us!

… They signed Jason Peters back to play guard.

While it wasn’t the sexy move for a high priced DE or S like Jamal Adams, it’s important, and it’s a move that leaves a lot to think about. Let’s get to it:

Brandon Brooks going down was massive. Arguably the best interior offensive lineman in the game injured before the season even started, leaving a gap to be filled already.