3 Running back prospects Philadelphia Eagles can consider after Round 1 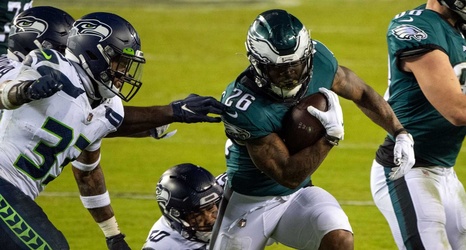 Being a fan of the Philadelphia Eagles means that you’ll have to resign yourself to certain theories and hearing some of the same conversations over and over again. Every year, more often than not, we’ll hear talk about how great the roster looks on paper. Regardless of who this team signs or drafts, every offseason, they always need wide receivers, and cornerbacks, and linebackers.

Then, there’s the backfield. Call it a crazy theory, but ever since Andy Reid spoiled us during the days where he had Correll Buckhalter, Brian Westbrook, and Duce Staley, the word ‘committee’ gets thrown around the Eagles’ fan base quite often.