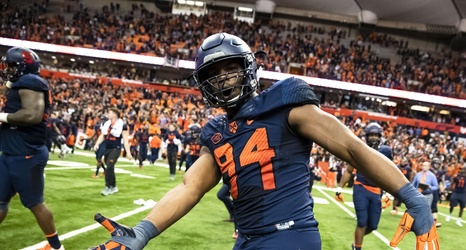 Think of the possibilities. Perhaps one of the most talked-about and some may say worn-out topics of this offseason surrounds the Philadelphia Eagles‘ potential ten NFL Draft picks. It’s exciting because they have so many. It’s also difficult to believe they’ll make good on them when, more often than not in recent memory, they’ve had more sad stories than success stories with the guys they’ve brought in.

For every triumph, there have seemingly been two failures. They win with Carson Wentz, Halapoulivaati Vaitai, and Jalen Mills (you can’t argue with getting a starter in the sixth round).